Sencha from Tenryû and tea cultivars

I have just put on line three teas from the Tatsukawa sector in Tenryû, which are very close to my heart because they are the product of a very young producer, Suzuki Shôgô. At a time when there are fewer and fewer tea producers in Japan, especially in mountain areas, see a young person continue with passion to produce tea, and even to process tea from plantations other than his own is a wonderful thing to keep hope for these mountain areas or more and more plantations are abandoned because lack of successor. 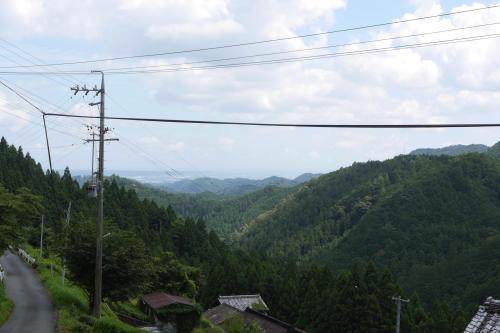 Tenryû is one of Shizuoka’s three major mountain tea producing areas with Hon.yama and Kawane. We are in the area north of the city of Hamamatsu, along the riversides of river Tenryû (meaning “celestial dragon”). Also, Tenryû is famous for its soil rich in minerals. This is probably one of the reasons that attracted the attention of Professor Arima Toshiharu, whom I have already mentioned, especially about the Inzatsu 131 cultivar, of which he is the father in a way. It was Arima who had advised Mr. Tarui from Nearai (whose fukamushi I am proposing is very characteristic Inzatsu 131), to introduce into his soil schist from Tenryû to improve it.
In fact, in the 1960s, after leaving the post of director of the Shizuoka Departmental Research Center, going through a post for the city of Shizuoka and offering his invaluable instructions to a private company, Arima also spent a lot of time with producers to provide advice during this period of significant change (beginning of fukamushi, dissemination of Yabukita). Thus, he also tried to spread the cultivars he appreciated for their fragrances (he was a key player in the selection of the # 7000 variety series like Shizu-7132, Yamakai, Kurasawa, Suruga-wase) and it was in this way Tenryû is a region where one finds a great variety of cultivars of this time.
And to return to our time, our young producer is using a lot of it, with Inzatsu 131, Kurasawa and Oku-hikari (among others).

Coming from a cross between Assam Manipuli 15 variety and a Japanese variety, Shizu-Inzatsu 131 is a cultivar that I like a lot, very particular, with a unique fragrance, rather astringent usually in steamed green tea. 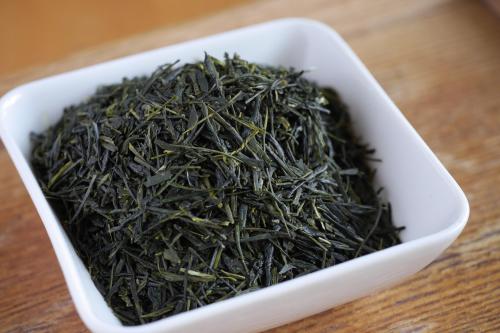 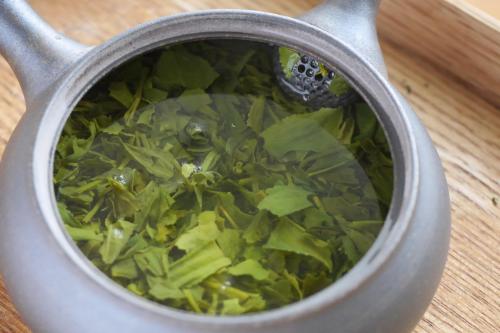 But this Inzatsu 131, although relatively robust, shows no excess and is rather accessible to the greatest number. On the bag, I mark 80 ° C, but this sencha can be infused hotter still. Its fragrance is characteristic, floral, spicy, a little spicy. There are also aromas of peas, a note both green and sweet that finds a direct echo in the mouth. Although this Japanese tea has a nice presence in the mouth, the attack is not aggressive and it does not perceive strong astringency, otherwise a tannic impression after.
It is clearly not an umami tea, but at the same time it keeps a kind of unique and recognizable aromatic balance, with impact but without aggressiveness. This is a superb introduction to this rare but important cultivar, Inzatsu 131, maybe easier to access than the Nearai one can be.
Given its very reasonable price, it is a sencha to try absolutely.

The second selected tea is a Kurasawa cultivar. Here again very rare cultivar, better known for its cross with Kanaya-midori having generated the Kôshun cultivar. Kurasawa is also known as Shizu-7111, therefore from the # 7000 series, cultivars selected from Yabukita seeds (and unknown pollen). 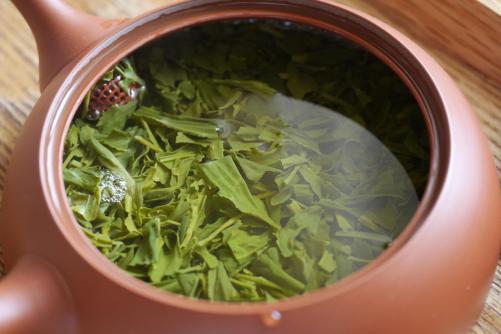 We still have a floral scent, but more smooth and sweet, slightly “pastry-like” feeling. On the other hand, the attack is strong, a bit astringent, leaving a green and fresh after-taste. Tea is astringent and tannic, yet very fluid and airy.
The sweet, slightly creamy aromas bring an interesting contrast giving here also a very characteristic tea.
The second infusion confers a slightly different impression. The tannic aspect persists but the liquor is less astringent, we perceive fruity aromas suggesting features already evoking Kôshun.

Finally, less rare (but far from common), I propose an Oku-hikari. Here is another cultivar with interesting origins as it comes from a seed of a tea tree from Hubei in China (like Yamanami and Karabeni) cross with Yabukita. 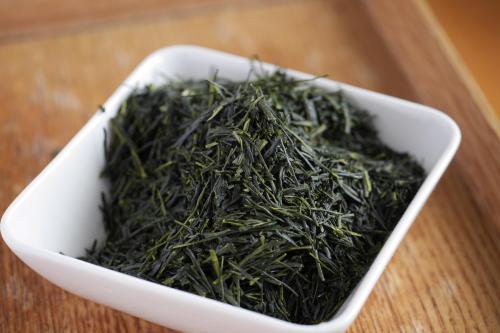 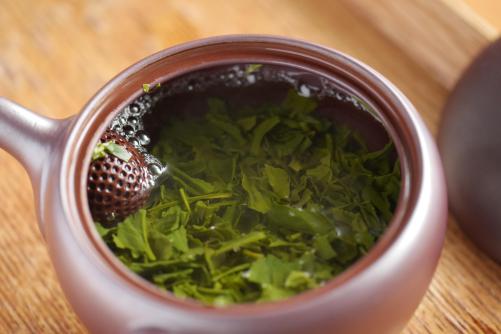 Here, the perfume is still in a very different field. Although sweetened by cooling, it is first of all a mineral impression then aromatic herbs that one feels. This is indeed what we find in the mouth with this tea with moderate attack, a little astringent, with generally green aromas. Yet, in after-taste and in length, Oku-hikari develops a sweet and pleasant umami sensation. Thus, the second infusion is softer and sweet, but very fluid and refreshing too. It is indeed in after-taste that this tea expresses itself the most.

These three sencha of Tenryû are beautiful entry-level, not of the same level as Misakubo’s Yabukita and Tatsuyama’s Kôshun, but three characteristic and very aromatic teas. See you I hope next season for other teas of this promising producer.