What to drink in late winter or early spring? In Japan, the big tea brands released in February the “haru-machi cha” (tea for waiting spring), or other blend with the same kind of naming. These are of course no particular sencha, just original blend create as marketing operation some time before the shincha (new tea) season.
Indeed, even if this is a phenomenon without any real foundation, because the shincha, often in lack of maturation has aromas still too weak, and that every year one does not know what to expect, some prefer to wait for new teas. This is understandable, even if, I repeat, a quality sencha will be much better after a few months of maturation than at the time of the new harvest, and then some people wonders which teas to enjoy at this period of the year.
In contrast to the sencha therefore, kama-iri cha are more recommended than ever. Also, it is obvious that it can be a good period to try black teas, especially since the mornings and evenings are still fresh. But when we talk about maturation, it is the gyokuro that comes to mind. I have already spoken of the importance in Uji of the “hine-cha”, mature teas, that many think better the year following their year of production. The gyokuro is, with the matcha, the type of tea par excellence that one likes to consume after maturation.
So this time of year is ideal for getting into gyokuro!

While Kyô-tanabe (Kyôto prefecture) is the most famous high-end gyokuro production areas, the shaded tea cultivar Samidori is also one, if not the, great classic. If there are no strong characteristics, this cultivar produces both to the nose and to the mouth the typical sweet and round aromas of the Uji gyokuro. 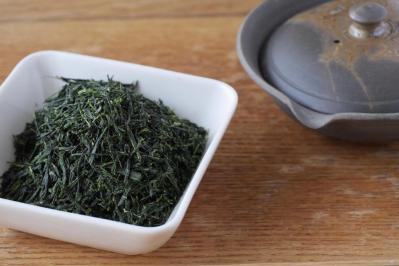 This Kyô-tanabe Samidori gives a powerful and dense tea soup with omnipresent but elegant umami. This gyokuro offers a syrupy and full sensation. It’s a very nice model, an excellent introduction.

Shirakawa in Uji, little known to the general public, is a name less important than Kyô-tanabe, yet connoisseurs also hold this region in high esteem. Less known than Samidori and Gokô, the shade tea cultivar Uji-hikari is rare unblended, and has a very special personality, an impact in the mouth that clearly distinguishes it from the velvety caresses of Samidori and Gokô. 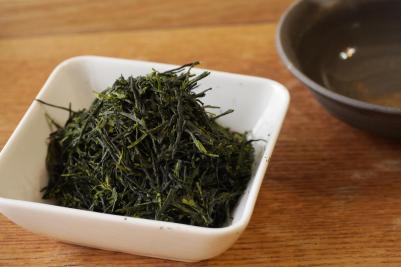 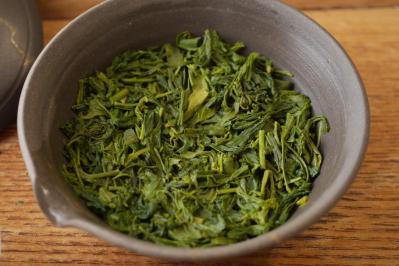 Indeed, the first attack of this gyokuro is very powerful. We enjoy a strong umami of course, and a bit of destabilizing bitterness but also very interesting. Especially since it disappears completely in the second infusion, in favor of the umami and more fruity flavors. This tendency towards sweeter aromas is confirmed in the third infusion, while the umami itself becomes less powerful. The fourth infusion goes towards more balance, more freshness.
Throughout the tasting, the after is very strong, with a soft umami and a floral touch, which gradually turns into a very vegetable flavor.
A little atypical, this gyokuro presents an enormous gustative richness and aromatic feeling. The evolution between each infusion is fascinating.

Uji-tawara was originally a sencha-producing region, but for many years there has been an important production of gyokuro, a mechanical harvest for many, but also a few quality manual harvests such as this Gokô by Mr. Shimooka that I present on Thés du Japon. With lighter gyokuro, Tawara does not enjoy the reputation of Tanabe or Shirakawa, yet this gyokuro shows that Tawara can also make excellent gyokuro, in a more aerial and aromatic style of its own. 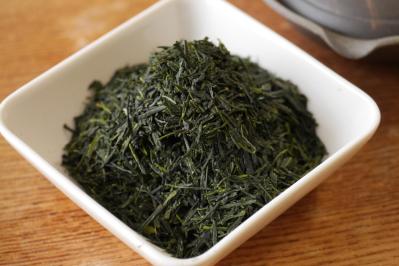 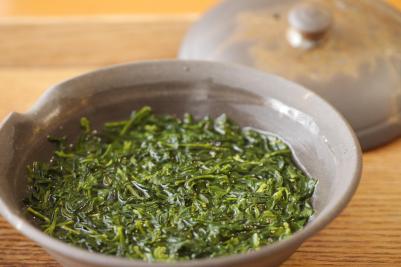 When pouring water, this gyokuro gives off a strong, fresh and fruity fragrance typical of the Gokô cultivar. The umami in mouth appears less dense than on the previous two gyokuro, but also more aromatic. The after is also characteristic, fruity, fresh and sweet. Less present in the mouth, this gyokuro plays on more fluidity and aromas in after.

Finally, I leave “Uji” to go to Yame and the village of Hoshino. The gyokuro from Yame are for me less typical and authentic than those of Uji. They possess a different character, playing less on aromas and perfumes than those of Uji. Yet they seem to be more popular in Japan today than those in Uji, even if it seems to me that the reasons are bad (the general public don’t know what gyokuro really is, which makes Yame more simple to understand, because closer to sencha full of umami …. judgment that only engages me). 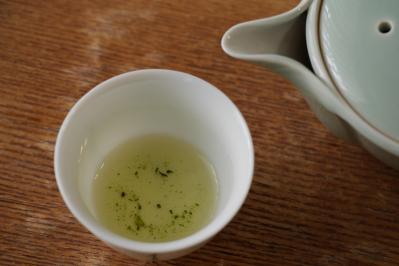 Yamakai (one of the 7000 series cultivars) is not a shaded tea cultivar, although it was used in the past much as such, including Uji. There is a slight scent of roasting, one will not find in a gyokuro from Uji. This immediately gives a different dimension, an easier approach too. In addition to the particular sweet and green scent due to the strong umami of this type of shaded tea, I find one of the sweet nut aromas. On the palate we have a beautiful umami, both dense and vegetal. The impression is rather incisive, despite the absence of astringency. The second infusion is more round, less incisive and complex, the umami is the main component. On the other hand, there is a sweet perfume of confectionery very present. While the third infusion is confirmed in this trend, a fourth gives a very fresh and balanced liqueur, with a touch of astringency which brings a relief at the end of this tasting.

It is also interesting to note that that aromas of red fruits of Yamakai seems to appear while the leaves oxidize, in few days or weeks after opening of the bag.

These four gyokuro are all completely different, they have all gained strength and nothing lost in aromas. The universe of gyokuro is more difficult to access, requires more effort than other Japanese teas. Yet, with a comparative approach, one soon learns to affectionate them, to appreciate better the special flavors and the still more particular way of tasting. I must say that the beautiful shibori-dashi with mogake patterns by Gafû adds to this pleasure!