I am very happy to be able to introduce two excellent kama-iri chas from Miyazaki on Teas of Japan. The first is the 2012 version of the Minami Sayaka cultivar Takachiho tea that was already in the boutique in 2011. The second comes from another kama-iri capital: Gokase. It is made with the Yabukita cultivar, but above all it is the work of Kôrogi Yôichi, a leading expert in the art of  kama-iri cha.

These two teas are examples of two different styles. Both have the special scent of kama-iri chas, known as kama-ka 釜香, which I associate with the flavour of chestnuts and roasted sweet potatoes. They are light, and their liquors are refreshing, transparent and pure.

On the left, Minami Sayaka; on the right, Yabukita

The Takachiho tea retains something very green, recalling legumes, and its liquor has the mellow, sweet flavours common to senchas. We find an aftertaste of peach or apricot, with something smooth and creamy that seems to be a quality specific to the Minami Sayaka cultivar (see this sencha).

In contrast, Mr. Kôrogi’s tea completely embraces roasted, peaty flavours, and has a kind of fragrance of grilling that is, however, completely different from that of a strongly “roasted” (hi-ire) sencha. There is some sweetness, but the palette is far from the dulcet amino acids of steamed Japanese teas. This tea will thus be a little confusing to those more used to senchas and other Japanese steamed teas  … a very pleasant surprise, I hope. It has no astringency at all. 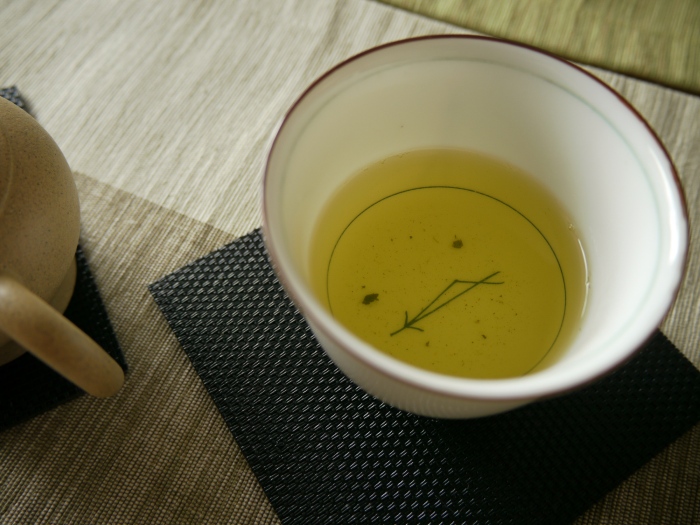 I also did an examination/competition infusion with these two teas. This revealed something interesting.
At first, the Minami Sayaka seemed much more seductive: its leaves seemed more complete, the colour was prettier (though this was based on criteria for steamed teas). After a few minutes in hot water: confirmation. The cup was full of beautiful open leaves that were quite whole, whereas the tea from Gokase was more fragmented. 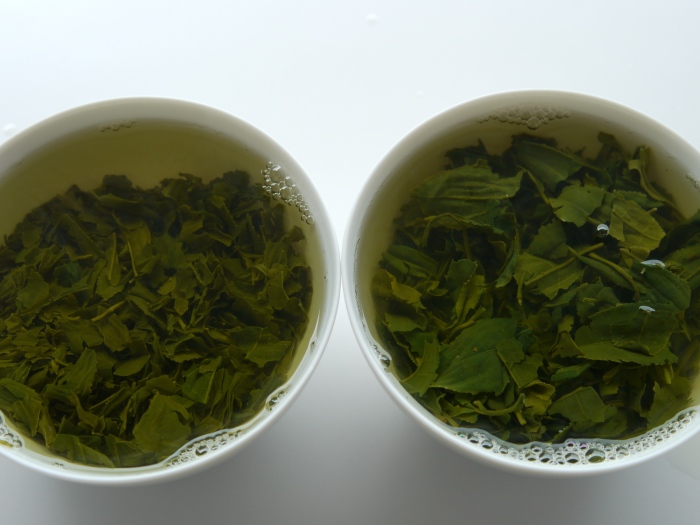 On the left, Yabukita; on the right, Minami Sayaka 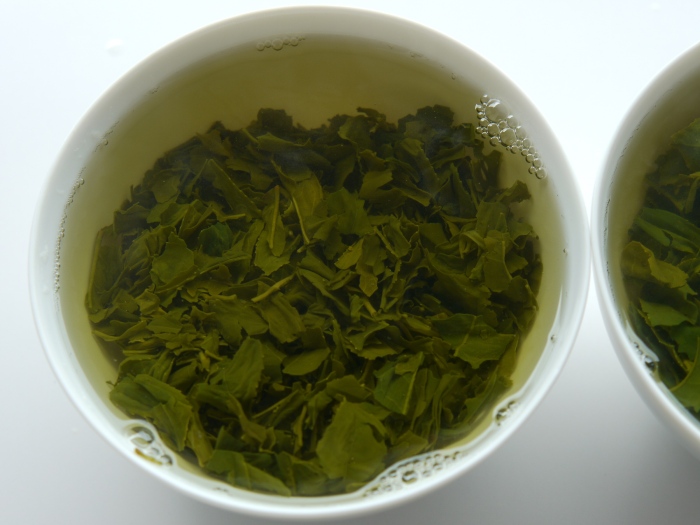 Yet, after 5 minutes, when the leaves were removed to see how the liquor looked, there was a stunning difference. The Gokase tea was perfectly translucent, splendidly luminous, whereas the Takachiho tea had a light deposit, and it was a little cloudy, despite its more complete leaves! 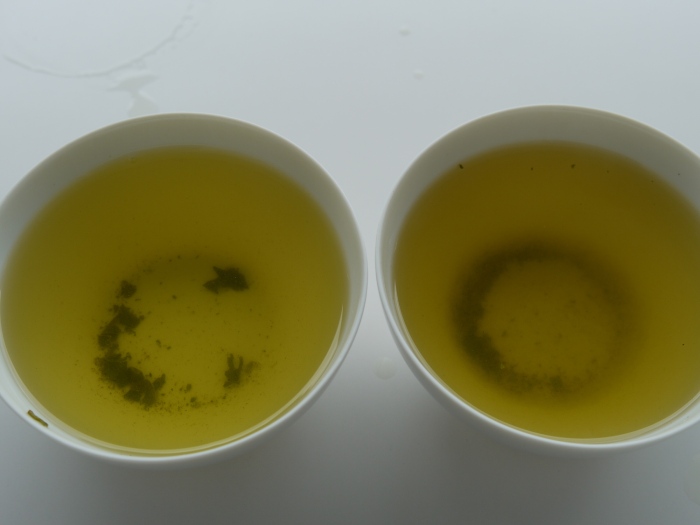 On the left, Yabukita; on the right, Minami Sayaka

Where did this difference come from? I am not sure. Perhaps the producer’s technique? The difference in cultivar? I asked the producers.
The Minami Sayaka by Mr. Kai is made in the traditional way. In contrast, Mr. Kôrogi adds a personal touch when producing his kama-iri cha. After the “Cha qing” heating of the leaves, they are run through the rough (粗揉機 “sojû-ki”) rolling machine, which is not usually used for kama-iri cha, and then they go directly into the medium (中揉機 “chûjû-ki”) rolling machine (揉捻機 “jûnen-ki”). The result is better rolled leaves that are a nicer colour, but also perhaps more broken.

In the end, with respect to fragrance and taste, both teas are wonderful kama-iri chas, each with its own special features. I cannot tell which one I prefer, but let’s just say that the Gokase is more special, and also more of a change.